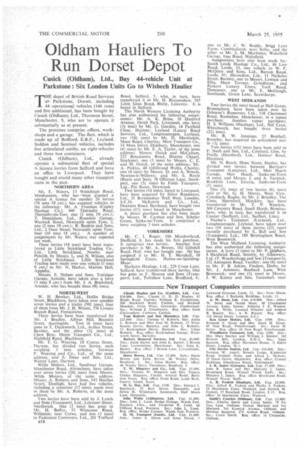 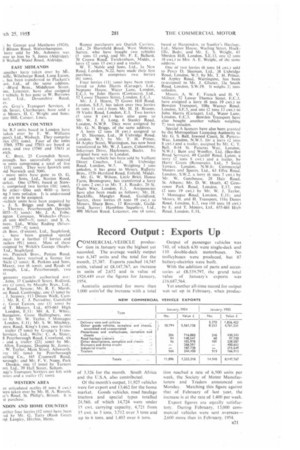 Page 48, 25th March 1955 — Oldham Hauliers To Run Dorset Depot
Close
Noticed an error?
If you've noticed an error in this article please click here to report it so we can fix it.
Keywords : Truck, Steam Wagon, Business / Finance

THE depot of British Road Services atParkstone, Dorset, including 44 operational vehicles (146 tons) and five additional, has been bought by Cusick (Oldham), Ltd., Thornton Street, Manchester, 9, who are to operate it

substantially as at present.

The premises comprise offices, workshops and a garage. The fleet, which is made up of Bedford, B.R.F., Leyland, Seddon and Sentinel vehicles, includes five articulated outfits, an eight-wheeler and three box containers. .

Cusick (Oldham), Ltd, already operate a substantial fleet of special A licence lorries from Salford and have an office in Liverpool. They have bought and resold many other transport units in the past.

Two lorries have been sold by J. Lynch and Sons (Transport), Ltd., Leicester Street, Northwieh. One (3 tons) has gone to Mr. H. Boffey. 53 Wistaston Road, Willaston, near Crewe, and one (3 tons) to Federated Conveyors, Ltd., 201 Trafford nI8 Road, Salford, 5, who, in turn, have transferred it to Mr. H. Bircumshaw, 185 Little Glen Road, Blaby, Leicester. It is based in Salford.

A direct purchase has also been made by Messrs. W. Carman and Son, Scholar Green, Stoke-on-Trent. It comprised a lorry weighing 3 tons unladen.

YORKSHIRE Mr. C. I. Roper, 186 Pvleadowhead, Sheffield, 8, has made his first purchase.

It comprises two lorries. Another first purchaser is Mr. A. Brown, 162 Gillshill Road. Hull, who has bought one. He has assigned it to Mr. H. T. Marshall, 10 .Springfield Estate, Holme-on-SpaldingMoor.