iTANDARD REPLIES from the BBC, purporting to answer the transPort 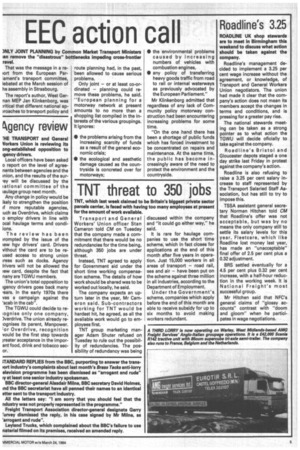 Page 7, 24th March 1984 — iTANDARD REPLIES from the BBC, purporting to answer the transPort
Close
Noticed an error?
If you've noticed an error in this article please click here to report it so we can fix it.
Keywords : Milne, Bbc, Alasdair, Leyland Trucks

BBC director-general Alasdair Milne, BBC secretary David Holmes, Ind the BBC secretariat have all penned their names to an identical atter sent to the transport industry.

All the letters say: "I am sorry that you should feel that the ndustry was not properly represented in the programme."

Leyland Trucks, which complained about the BBC's failure to use naterial filmed on its premises, received an amended reply.