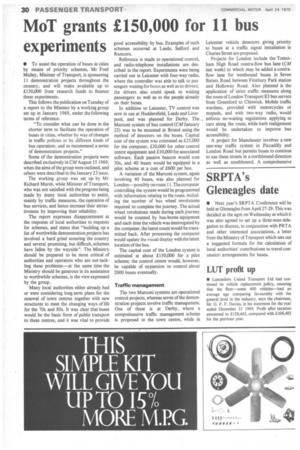 Page 32, 24th April 1970 — LUT profit up
Close
Noticed an error?
If you've noticed an error in this article please click here to report it so we can fix it.

• Lancashire United Transport Ltd had continued its vehicle replacement policy, ensuring that the fleet—some 400 vehicles—had an average age comparing favourably with the general level in the industry, says the chairman, Mr G. F. F. Davies, in his statement for the year ended December 31 1969. Profit after taxation amounted to £128,442, compared with £108,402 for the previous year