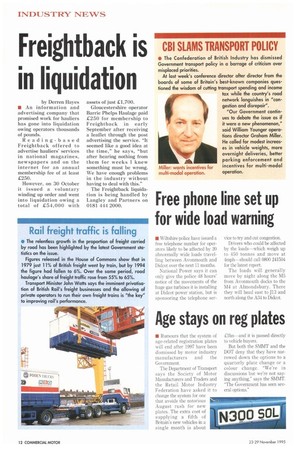 • The relentless growth in the proportion of freight carried by road has been highlighted by the latest Government statistics on the issue.

Figures released in the House of Commons show that in 1979 just 11% of British freight went by train, but by 1994 the figure had fallen to 6%. Over the some period, road haulage's share of freight traffic rose from 55% to 65%.

Transport Minister John Watts says the imminent privatisation of British Rail's freight businesses and the allowing of private operators to run their own freight trains is "the key" to improving rail's performance.