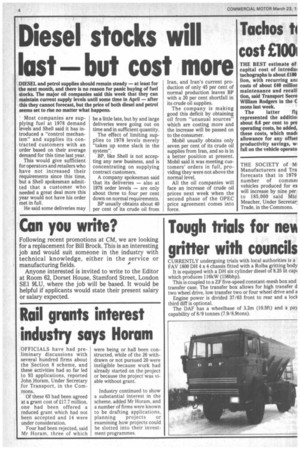 OFFICIALS have had preliminary discussions with several hundred firms about the Section 8 scheme, and these activities had so far led to 93 applications, reported John Horam, Under Secretary for Transport, in the Commons.

Of these 63 had been agreed at a grant cost of £17.7 million, one had been offered a reduced grant which had not been accepted and 14 were under consideration.

Four had been rejected, said Mr Horam, three of which were being or had been constructed, while of the 26 withdrawn or not pursued 20 were ineligible because work had already started on the project or because the project was viable without grant.

Industry continued to show a substantial interest in the scheme, added Mr Horam, and a number of firms were known to be drafting applications, planning projects or examining how projects could be slotted into their investment programmes.