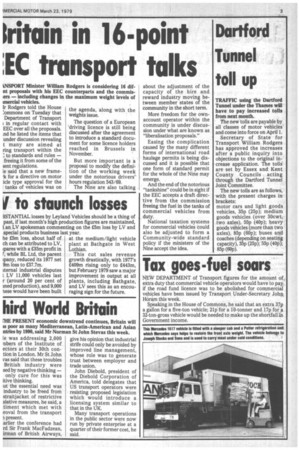 NEW DEPARTMENT of Transport figures for the amount of, extra duty that commercial vehicle operators would have to pay if the road fund licence was to be abolished for commercial vehicles have been issued by Transport Under-Secretary John Horam this week.

Speaking in the House of Commons, he said that an extra 37p a gallon for a five-ton vehicle; 21p for a 10-tonner and 17p for a 32-ton-gross vehicle would be needed to make up the shortfall in Government income.