TDG moves into Chicago as part of its US plans 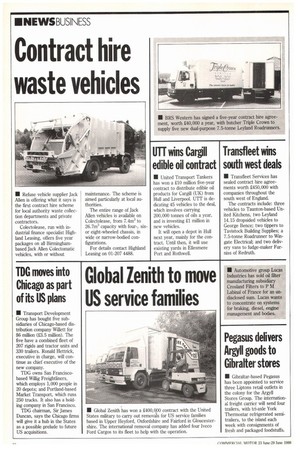 Page 18, 23rd June 1988 — TDG moves into Chicago as part of its US plans
Close
Noticed an error?
If you've noticed an error in this article please click here to report it so we can fix it.
Keywords : Transport Development Group, Freightliner Trucks, Tractor, Business / Finance

• Transport Development Group has bought five subsidiaries of Chicago-based distribution company Willett for $6 million (£3.5 million). The five have a combined fleet of 207 rigids and tractor units and 330 trailers. Ronald Hettrick, executive in charge, will continue as chief executive of the new company.

TDG chairman, Sir James Duncan, says the Chicago firms will give it a hub in the States as a possible prelude to future US acquisitions.