Call for bigger tax on hgv 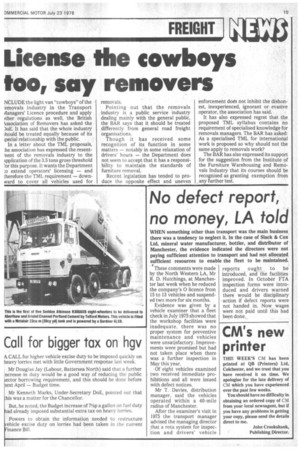 Mr Douglas Jay (Labour, Battersea North) said that a further Increase in duty would be a good way of reducing thc public ;ector borrowing requirement, and this should be done before text April — Budget time.

Mr Kenneth Marks, Under-Secretary DoE, pointed out that his was a matter for the Chancellor.

But, he noted, the Budget increase of '71/2p a gallon on fuel duty had already imposed substantial extra tax on heavy lorries.

Powers to obtain the information needed to restructure vehicle excise duty on lorries had been taken in the current Finance Bill.