Enforcement is the key 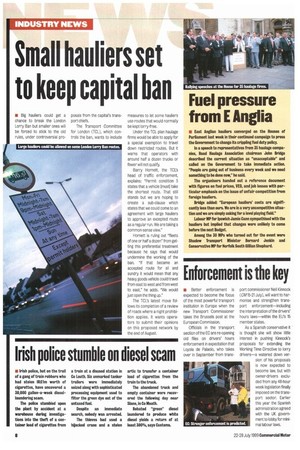 • Better enforcement is expected to become the focus of the most powerful transport institution in Europe when the new Transport Commissioner takes the Brussels post at the European Commission.

Officials in the transport section of the EC are re-opening old files on drivers' hours enforcement in expectation that Loyola de Palacio, who takes over in September from trans

As a Spanish conservative it is thought she will show little interest in pushing Kinnock's proposals for extending the Working Time Directive to lorry drivers—a watered down version of his proposals is now expected to become law, but with owner-drivers excluded from any 48-hour week legislation finally imposed on the transport sector. Earlier this year the Spanish admnIstration agreed with the UK government to lobby for minimal labour laws.