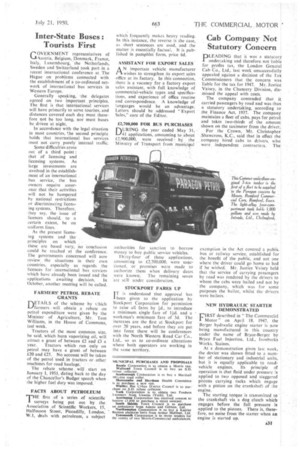 DETAILS of the scheme by which L./farmers will obtain a rebate on petrol expenditure were given by the Minister of Agriculture, Mr. Tom Williams, in the House of Commons, last week.

Tractors of the most common size, he said, which burn vaporizing oil, will attract a grant of between £2 and £3 a year. Tractors which. run only on petrol may have a grant of between £20 and £25. No account will be taken of the petrol used in tractors or other machines for road haulage.

The rebate scheme-. will start on January 1, 1951, dating back to the day of the Chancellor's Budget speech when the higher fuel duty was imposed.