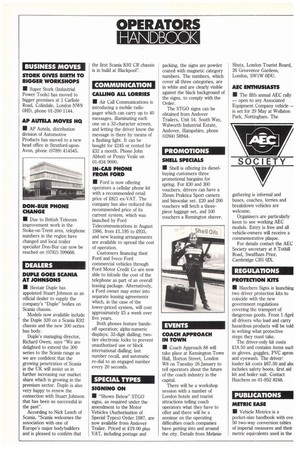 Stuart Johnson as an official dealer to supply the company's "Duple" bodies on Scania chassis.

Models now available include the Duple 320 on a Scania K92 chassis and the new 300 series bus body.

Duple's managing director, Richard Owen, says "We are delighted to extend the 300 series to the Scania range as we are confident that the growing penetration of Scania in the UK will assist us in further increasing our market share which is growing in the premium sector. Duple is also very happy to renew the connection with Stuart Johnson that has been so successful in the past".

According to Nick Leach of Scania, "Scania welcomes the association with one of Europe's major body builders and is pleased to confirm that the first Scania K92 CR chassis is in build at Blackpool".