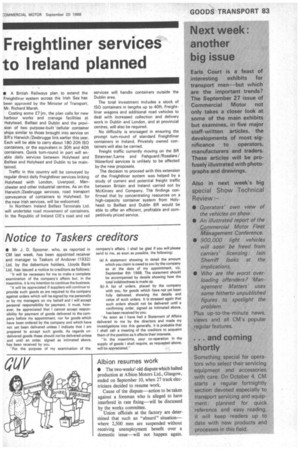 Page 87, 20th September 1968 — Albion resumes work
Close
Noticed an error?
If you've noticed an error in this article please click here to report it so we can fix it.

Cause of the dispute—action to be taken against a foreman who is alleged to have interfered in rate fixing—will be discussed by the works committee.

Union officials at the factory are determined that such an "absurd" situation— where 2,500 men are suspended without receiving unemployment benefit over a domestic issue—will not happen again.