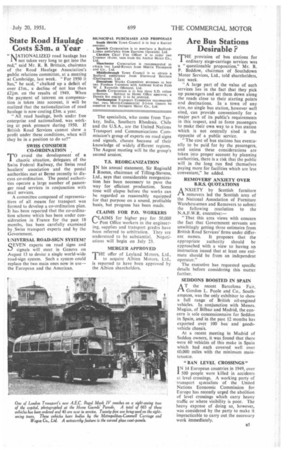 Page 39, 20th July 1951 — SEDDONS BOOSTED IN SPAIN
Close
Noticed an error?
If you've noticed an error in this article please click here to report it so we can fix it.

AT the recent Barcelona Fair, Gordon L. Poole and Co., Southampton, was the only exhibitor to show a full range of British oil-engined vehicles. In conjunction with Messrs. Mugica, of Bilbao and Madrid, the concern is sole concessionnaire for Seddon in Spain, and in the past 12 months has exported over 100 bus and goodsvehicle chassis.

At a recent meeting in Madrid of Seddon owners, it was found that there were 60 vehicles of this make in Spain which had each covered well over 60,000 miles with the minimum maintenance.