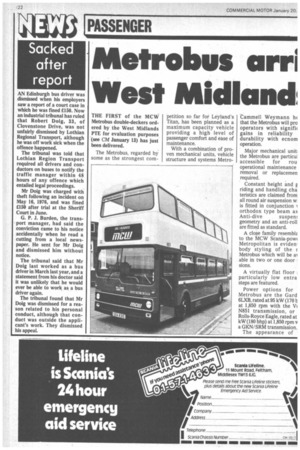 AN Edinburgh bus driver was dismissed when his employers saw a report of a court case in which he was fined £150. Now an industrial tribunal has ruled that Robert Doig, 33, of Clovenstone Drive, was not unfairly dismissed by Lothian Regional Transport, although he was off work sick when the offence happened.

The tribunal was told that Lothian Region Transport required all drivers and conductors on buses to notify the traffic manager within 48 hours of any offence which entailed legal proceedings.

Mr Doig was charged with theft following an incident on May 16, 1976, and was fined E150 after trial at the Sheriff Court in June.

G. P. J. Burden, the transport manager, had said the conviction came to his notice accidentally when he read a cutting from a local newspaper. He sent for Mr Doig and dismissed him without notice.

The tribunal said that Mr Doig last worked as a bus driver in March last year, and a statement from his doctor said it was unlikely that he would ever be able to work as a bus driver again.

The tribunal found that Mr Doig was dismissed for a reason related to his personal conduct, although that conduct was outside the applicant's work. They dismissed his appeal.