In 1964 a symposium on the theory and practice of 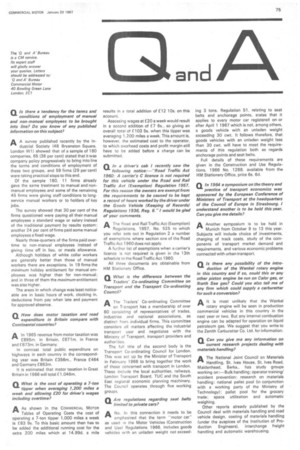 Page 77, 20th January 1967 — In 1964 a symposium on the theory and practice of
Close
Noticed an error?
If you've noticed an error in this article please click here to report it so we can fix it.

transport economics was sponsored by the European Conference of Ministers of Transport at the headquarters of the Council of Europe in Strasbourg. I understand another is to be held this year. Can you give me details?

AAnother symposium is to be held in

Munich from October 9 to 13 this year. Subjects will include choice of investments, charging of track costs, study of the components of transport market demand and requirements, and various economic problems connected with urban transport.