More recruits for the B&T network 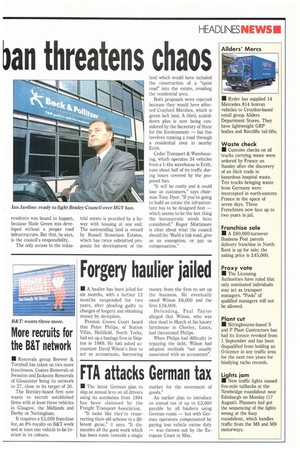 Page 5, 20th August 1992 — More recruits for the B&T network
Close
Noticed an error?
If you've noticed an error in this article please click here to report it so we can fix it.

• Removals group Brewer & Turnbull has taken on two more franchisees. Coates Removals at Swindon and Jacksons Removals of Gloucester bring its network to 27, close to its target of 30.

The Burnley-based firm now wants to recruit established firms with at least three vehicles in Glasgow, the Midlands and Derby or Nottingham.

It requires a 2.5,000 franchise fee, an 8% royalty on B&T work and at least one vehicle to be liveried in Its colours.