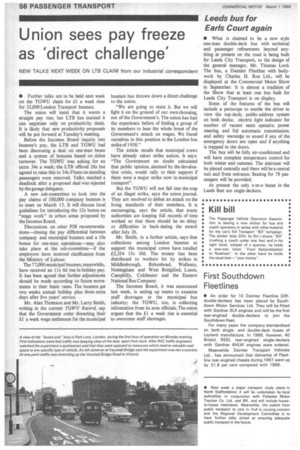 Page 58, 1st March 1968 — First Southdown Fleetlines
Close
Noticed an error?
If you've noticed an error in this article please click here to report it so we can fix it.

• An order for 10 Daimler Fleetline 33ft. double-deckers has been placed by Southdown Motor Services Ltd. They will be fitted with Gardner 6LX engines and will be the first rear-engined double-deckers to join the Southdown fleet.

For many years the company standardized on both singleand double-deck buses of Leyland manufacture. In 1966, however, 40 Bristol R ESL rear-engined single-deckers with Gardner 6HLW engines were ordered.

Meanwhile Daimler Transport Vehicles Ltd., has announced that deliveries of Fleetline rear-en gined chassis during 1967 went up by 31.6 per cent compared with 1966.