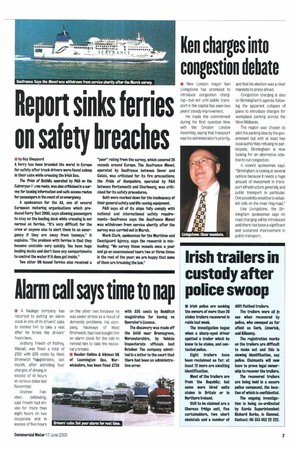 He made the commitment during his first question time with the Greater London Assembly, saying that transport was his administration's priority, and that his election was a clear mandate to press ahead.

Congestion charging is also on Birmingham's agenda following the apparent collapse of plans to introduce charges for workplace parking across the West Midlands.

The region was chosen to pilot the parking idea by the government but with at least two local authorities refusing to participate, Birmingham is now looking for an alternative solution to cut congestion.

A council spokesman says: "Birmingham is looking at several options because it needs a huge amount of investment in transport infrastructure generally and public transport in particular. One possibility would be to establish tolls on the inner ring-road."

Like Livingstone, the Birmingham spokesman says no road charging will be introduced until there has been a significant and sustained improvement in public transport.