• Iveco Ford has become the first manufacturer in the 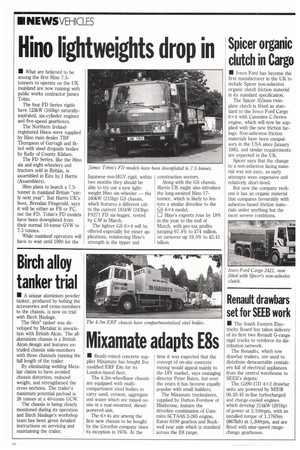 Page 14, 1st June 1989 — • Iveco Ford has become the first manufacturer in the
Close
Noticed an error?
If you've noticed an error in this article please click here to report it so we can fix it.

UK to include Spicer non-asbestos organic clutch friction material in its standard specification.

The Spicer 355mm twinplate clutch is fitted as standard to the Iveco Ford Cargo • 6x4 with Cummins C-Series engine, which will now be supplied with the new friction facings. Non-asbestos friction materials have been compulsory in the USA since January 1983, and similar requirements are expected in the UK.

Spicer says that the change to a non-asbestos facing material was not easy, as early attempts were expensive and relatively short-lived.

But now the company reckons it has an organic material that compares favourably with asbestos-based friction materials under anything but the most severe conditions.