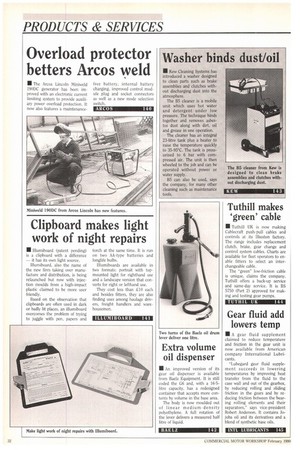 • A gear fluid supplement claimed to reduce temperature and friction in the gear unit is now available from American company International Lubricants.

"Lubegard gear fluid supplement succeeds in lowering temperatures by improving heat transfer from the fluid to the case wall and out of the gearbox, by reducing rolling and sliding friction in the gears and by reducing friction between the-bearing rolling elements and their separators," says vice-president Robert Anderson. It contains Jojoba oil and its derivatives and a blend of synthetic base oils.