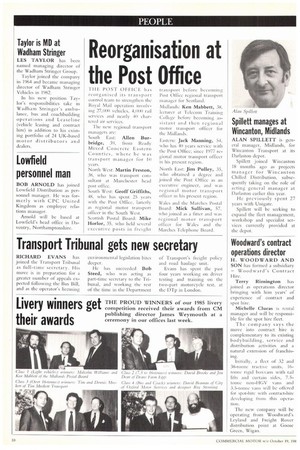 ALAN SPILLETT is general manager, Midlands, for Wincanton Transport at its Darlaston depot.

Spillett joined Wincanton 18 months ago as projects manager for Wincanton Chilled Distribution, subsequently taking on the role of acting general manager at Darlaston earlier this year.

He previously spent 27 years with Unigate.

Spillert will be seeking to expand the fleet management, workshop and specialist services currently provided at the depot.