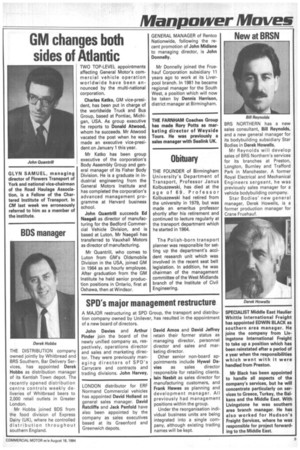 Page 11, 18th August 1984 — Obituary
Close
Noticed an error?
If you've noticed an error in this article please click here to report it so we can fix it.
Keywords : Academia, Birmingham, Seat Belt Legislation, West Midlands, Professor

THE FOUNDER of Birmingham University's Department of Transport, Professor Janus Kolbuszewski, has died at the age of 69. Professor Kolbuszewski had retired from the university in 1979, but was made an emeritus professor shortly after his retirement and continued to lecture regularly at the transport department which he started in 1964.

The Polish-born transport planner was responsible for setting up the department's accident research unit which was involved in the recent seat belt legislation. In addition, he was chairman of the management committee of the West Midlands branch of the Institute of Civil Engineering.