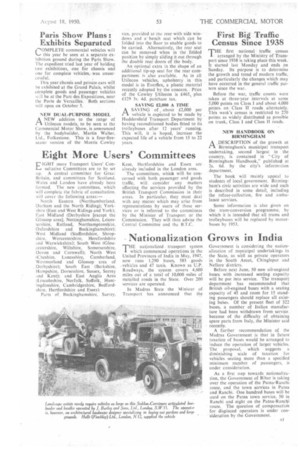 Page 35, 18th August 1950 — Eight More Users' Committees
Close
Noticed an error?
If you've noticed an error in this article please click here to report it so we can fix it.

Parts of Buckinghamshire, Surrey. Kent, Hertfordshire and Essex are already included in the London area.

The committees, which will. be concerned with both passenger and goods traffic, will consider any matters affecting the services provided by the British Transport Commission in their areas. In particular, they must deal with any matter which may arise from representations by users of these services or is referred to the committees by the Minister of Transport or the Commission. They will then advise the Central Committee and the B.T.C.