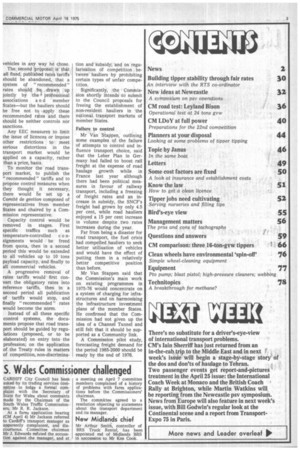 CARDIFF City Council has been asked by its trading services committee to lodge a formal complaint with the Secretary of State for Wales about comments made by the Chairman of the South Wales Traffic Commissioners, Mr R. R. Jackson.

At a fares application hearing (CM April 4) Mr Jackson referred to Cardiff's transport manager as apparently complacent, and discourteous. Committee chairman Mr J. Edwards refuted the accusation against the manager, and at a meeting on April 7 committee members complained of a history of problems with fares applications before the Commissioners' chairman.

The committee agreed to a resolution objecting to statements about the transport department and its manager.