Haulage fines go through the roof 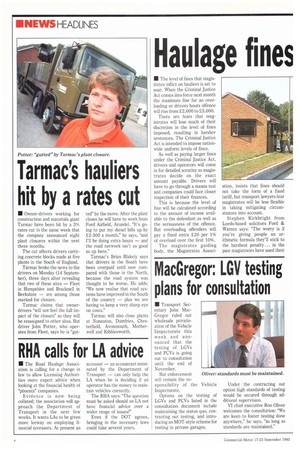 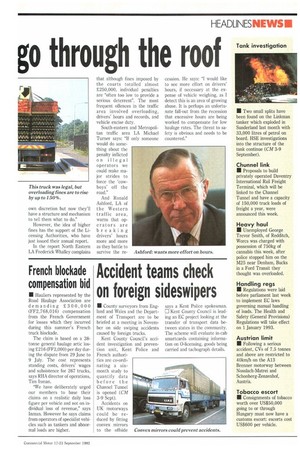 Page 6, 17th September 1992 — Haulage fines go through the roof
Close
Noticed an error?
If you've noticed an error in this article please click here to report it so we can fix it.
Keywords : Punishments, Magistrate, Fine, Unit Fine

• The level of fines that magistrates inflict on hauliers is set to soar. When the Criminal Justice Act comes into force next month the maximum fine for an overloading or drivers hours offence will rise from £2,000 to £5,000.

There are fears that magistrates will lose much of their discretion in the level of fines imposed, resulting in harsher sentences. The Criminal Justice Act is intended to impose nationwide uniform levels of fines.

As well as paying larger fines under the Criminal Justice Act, drivers and operators will come in for detailed scrutiny as magistrates decide on the exact amount payable. Drivers will have to go through a means test and companies could face closer inspection of their finances.

This is because the level of fine will be calculated according to the amount of income available to the defendant as well as the seriousness of the offence. But overloading offenders will pay a fixed extra £20 per 1% of overload over the first 10%.

The magistrates guiding body, the Magistrates Associ ation, insists that fines should not take the form of a fixed tariff, but transport lawyers fear magistrates will be less flexible in taking mitigating circumstances into account.

Stephen Kirkbright from Leeds-based solicitors Ford & Warren says: "The worry is if you're giving people an arithmetic formula they'll stick to the harshest penalty... in the past magistrates have used their own discretion but now they'll have a structure and mechanism to tell them what to do."

However, the idea of higher fines has the support of the Licensing Authorities, who have just issued their annual report.

In the report North Eastern LA Frederick Whalley complains that although fines imposed by the courts totalled almost £250,000, individual penalties are 'often too low to provide a serious deterrent". The most frequent offences in the traffic area involved overloading, drivers' hours and records, and vehicle excise duty.

And Ronald Ashford, LA of the Western traffic area, warns that operators are breaking drivers' hours more and more as they battle to survive the re cession. He says: "I would like to see more effort on drivers' hours, if necessary at the expense of vehicle weighing, as I detect this is an area of growing abuse. It is perhaps an unfortunate fall-out from the recession that excessive hours are being worked to compensate for low haulage rates. The threat to safety is obvious and needs to be countered."