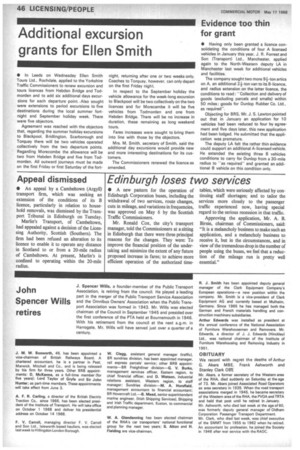 Page 48, 17th May 1968 — John Spencer Wills retires
Close
Noticed an error?
If you've noticed an error in this article please click here to report it so we can fix it.
Keywords : Clark, Business / Finance

R. J. Smith has been appointed deputy general manager of the Clark Equipment Company's European operations—a new position within the company. Mr. Smith is a vice-president of Clark Equipment AG and currently based at Mulheim, Germany. Since 1965 he has managed both the German and French materials handling and construction machinery subsidiaries.

Mr. Clark, who died last week, was chief executive of the SMMT from 1955 to 1962 when he retired. An accountant by profession, he joined the Society in 1946 after war service with the RAOC.