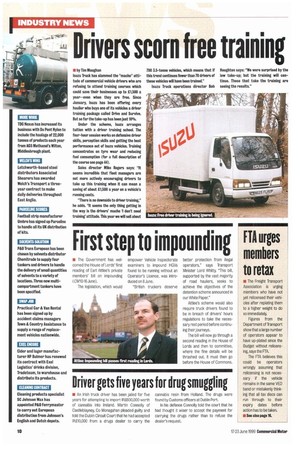 Page 12, 17th June 1999 — First step to impounding
Close
Noticed an error?
If you've noticed an error in this article please click here to report it so we can fix it.
Keywords : Earl Attlee, Clement Attlee

• The Government has welcomed the House of Lords' first reading of Earl Attlee's private members' bill on impounding CM10-16 June).

The legislation, which would

empower Vehicle Inspectorate examiners to impound HGVs found to be running without an Operator's Licence, was introduced on 8 June.

Attlee's scheme would also require truck drivers found to be in breach of drivers' hours regulations to take the necessary rest period before continuing their journeys.

The bill will now go through a second reading in the House of Lords and then to committee, where the tine details will be thrashed out. It must then go before the House of Commons.