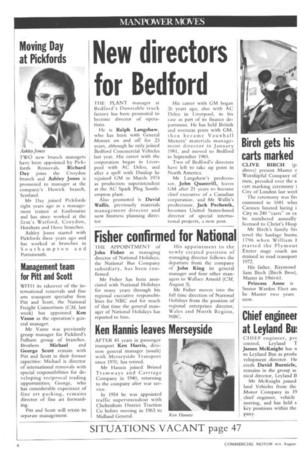 Page 10, 17th August 1985 — Moving Day at Pickfords
Close
Noticed an error?
If you've noticed an error in this article please click here to report it so we can fix it.
Keywords : Pickfords, London Borough Of Croydon, Croydon, Hawick

TWO new branch managers' have been appointed by Pickfords Removals, Richard Day joins the Croydon branch and Ashley Jones is promoted to manager at the company's Hawick branch, Scotland.

Mr Day joined Pickfords eight years ago as a management trainee at Eastbourne and has since at-irked at the firm's Watford, Croydon, Horsham and Hove branches.

Ashley Jones started with Pickfords three years ago and has worked at branches in Southampton and Portsmouth.