• When former Chancellor Nigel 'if he stays I go' 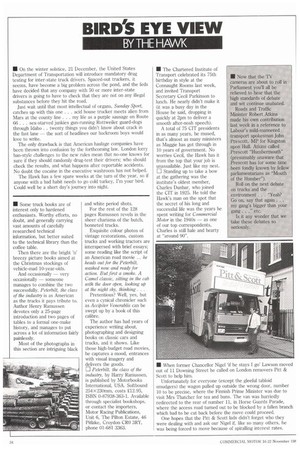 Page 36, 16th November 1989 — • When former Chancellor Nigel 'if he stays I go'
Close
Noticed an error?
If you've noticed an error in this article please click here to report it so we can fix it.
Keywords : Margaret Thatcher, Heritage Foundation, Nigel, Lawson, Margaret

Lawson moved out of 11 Downing Street he called on London removers Pitt & Scott to help him.

Unfortunately for everyone (except the gleeful tabloid smudgers) the wagon pulled up outside the wrong door, number 10 to be precise, where the Finnish Prime Minister was due to visit Mrs Thatcher for tea and buns. The van was hurriedly redirected to the rear of number 11, in Horse Guards Parade, where the access road turned out to be blocked by a fallen branch which had to be cut back before the move could proceed.

One hopes that the Pitt & Scott lads didn't forget who they were dealing with and ask our Nigel if, like so many others, he was being forced to move because of spiralling interest rates.