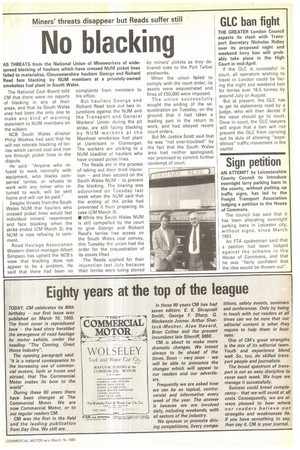 Page 5, 16th March 1985 — Sign petition
Close
Noticed an error?
If you've noticed an error in this article please click here to report it so we can fix it.

AN ATTEMPT by Leicestershire County Council to introduce overnight lorry parking bans in the county, without putting up traffic signs, has led to the Freight Transport Association lodging a petition in the House of Commons.

The council has said that it has been allocating overnight parking bans in Leicester city, without signs, since March 1983.

An ETA spokesman said that a petition had been lodged against the scheme in the House of Commons, and that he was "fairly confident that the idea would be thrown out".