Round two in toll campaign 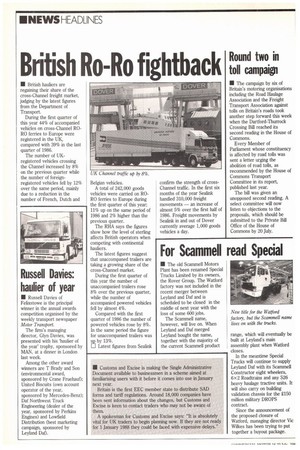 Page 8, 16th July 1987 — Round two in toll campaign
Close
Noticed an error?
If you've noticed an error in this article please click here to report it so we can fix it.

• The campaign by six of Britain's motoring organisations including the Road Haulage Association and the Freight Transport Association against tolls on Britain's roads took another step forward this week when the Dartford-Thurrock Crossing Bill reached its second reading in the House of Commons.

Every Member of Parliament whose constituency is affected by road tolls was sent a letter urging the abolition of road tolls, as recommended by the House of Commons Transport Committee in its report, published last year.

The bill was given an unopposed second reading. A select committee will now listen to objections to the proposals, which should be submitted to the Private Bill Office of the House of Commons by 20 July.