Trent to operate in Derby 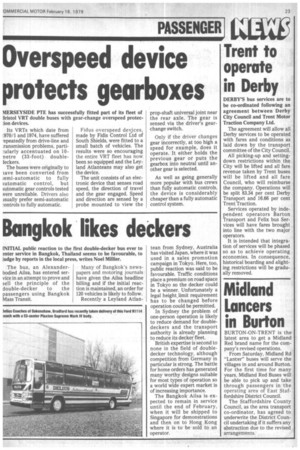 Page 25, 16th February 1979 — Trent to operate in Derby
Close
Noticed an error?
If you've noticed an error in this article please click here to report it so we can fix it.

DERBY'S bus services are to be co-ordinated following an agreement between Derby City Council and Trent Motor Traction Company Ltd.

The agreement will allow all Derby services to be operated with fares and conditions as laid down by the transport committee of the City Council.

Services operated by independent operators Barton Transport and Felix bus Services will have fares brought into line with the two major operators.

It is intended that integration of services will be phased so as to achieve operating economies. In consequence, historical boarding and alighting restrictions will be gradually removed,