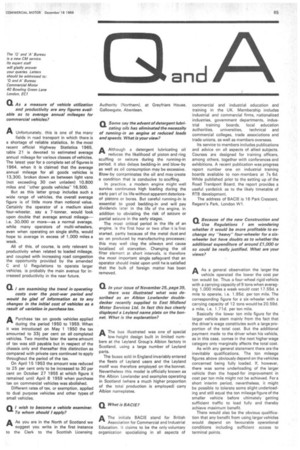 Page 67, 16th December 1966 — ln your issue of November 25, page 39, there was
Close
Noticed an error?
If you've noticed an error in this article please click here to report it so we can fix it.

illustrated what was described as an Albion Lowlander doubledecker recently supplied to East Midland Motor Services Ltd. In fact this bus clearly displayed a Leyland name plate on the bonnet. What is the explanation?

AThe bus illustrated was one of special

The buses sold in England invariably entered the fleets of Leyland users and the Leyland motif was therefore employed on the bonnet. Nevertheless this model is officially known as the Albion Lowlander and examples operating in Scotland (where a much higher proportion of the total production is employed) carry Albion nameplates.