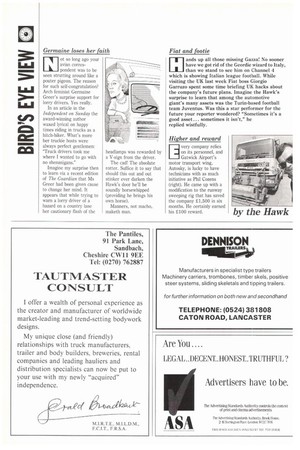 Page 24, 15th October 1992 — Fiat and footie
Close
Noticed an error?
If you've noticed an error in this article please click here to report it so we can fix it.
Keywords : Edwardian Era, Fiat, Juventus F.c., Turin, Sports

ands up all those missing Gazza! No sooner have we got rid of the Geordie wizard to Italy, than we stand to see him on Channel 4 which is showing Italian league football. While visiting the UK last week Fiat boss Giorgio Garruzo spent some time briefing UK hacks about the company's future plans. Imagine the Hawk's surprise to learn that among the automotive giant's many assets was the Turin-based football team Juventus. Was this a star performer for the future your reporter wondered? "Sometimes it's a good asset ... sometimes it isn't," he replied wistfully.