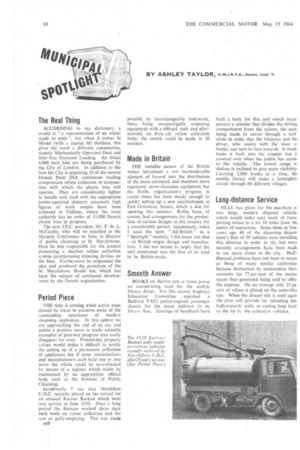 Page 82, 15th May 1964 — Made in Britain
Close
Noticed an error?
If you've noticed an error in this article please click here to report it so we can fix it.

THE variable nature of the British winter introduces a not inconsiderable element of hazard into the distribution of the more advanced, and therefore more expensive, snow-clearance equipment but the Botha organization's progress in recent times has been steady enough to justify setting up a new establishment at East Grinstead, Sussex, which is due for opening this slimmer. Rolba have, of course, had arrangements for the production of various designs in this country for a considerable period. Incidentally, when I used the term " All-British " in a " Spotlight " recently, I did mean just that —of British origin, design, and manufacture. I did not intend to imply that the unit mentioned was the first of its kind to be British-made.