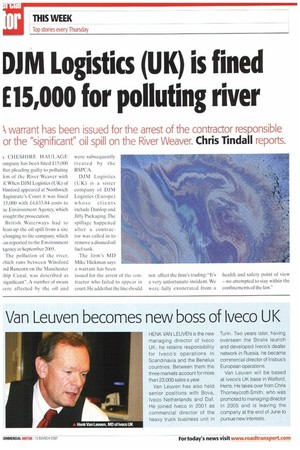 HENK VAN LEUVEN is the new managing director of Iveco UK; he retains responsibility for Iveco's operations in Scandinavia and the Benelux countries. Between them the three markets account for more than 23.000 sales a year.

Van Leuven will be based at lveco's UK base in Watford, Herts. He takes over from Chris Thomeycroft-Smith, who was promoted to managing director in 2005 and is leaving the company at the end of June to pursue new interests.