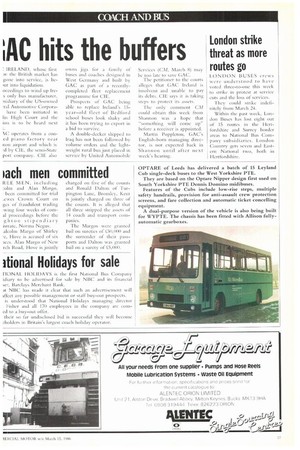 It.EE MEN, including :ohm and Alan Margo. been committed for trial .ewes Crown Court on gcs of fraudulent trading wing four weeks of cornal proceedings before the gluon stipendiary istrate, Norma Negus. ,alcolm Margo of Shirley ,e, Hove is accused of six ices. Alan Margo of New rch Road. Hove is jointly charged on live of the counts and Ronald Dalton of Turpington Lane, Bromley, Kent is jointly charged on three of the counts. It is alleged that all three stripped the assets of 14 coach and transport companies.