The Improvement of London Traffic.* 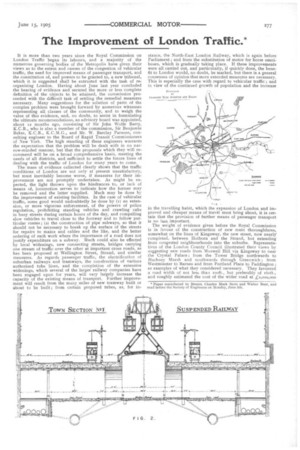 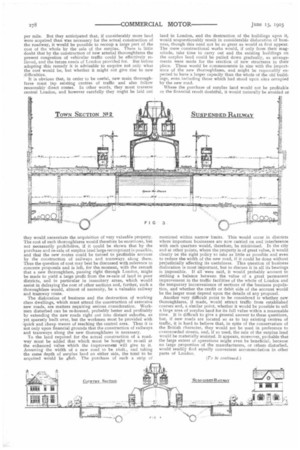 Page 7, 15th June 1905 — The Improvement of London Traffic.*
Close
Noticed an error?
If you've noticed an error in this article please click here to report it so we can fix it.
Keywords : Types Of Roads, Traffic Law, Transportation Planning, Road Safety, Road Transport, Traffic, Street, Highway

It is more than two years since the Royal Commission on London Traffic began its labours, and a majority of the numerous governing bodies of the Metropolis have given their views as to the extent and causes of the congestion of vehicular traffic, the need for improved means of passenger transport, and the constitution of, and powers to be granted to, a new tribunal, which it is suggested shall be entrusted with the task of reorganising London. Having about June last year concluded the hearing of evidence and secured the more or less complete definition of the objects to be attained, the commission proceeded with the difficult task of settling the remedial measures necessary. Many suggestions for the solution of parts of the complex problem were brought forward by numerous witnesses representing all classes of the community, and to weigh the value of this evidence, and, no doubt, to assist in formulating the ultimate recommendations, an advisory board was appointed, about 12 months ago, consisting of Sir John Wolfe Barry, K.C.B., who is also a member of the commission, Sir Benjamin Baker, K.C.B., K.C.M.G., and Mr. W. Barclay Parsons, consulting engineer to the Board of Rapid Transit Commissioners of New York. The high standing of these engineers warrants the expectation that the problem will be dealt with in no narrow-minded manner, but that the proposals which they will recommend will be on a broad comprehensive basis, meeting the needs of all districts, and sufficient to settle the future lines of dealing with the traffic of London for many years to come.

The mass of evidence collected clearly shows that the traffic conditions of London are not only at present unsatisfactory, but must inevitably become worse, if measures for their improvement are not promptly undertaken. As might be expected, the light thrown upon the hindrances to, or lack of means of, locomotion serves to indicate how the former may be removed and the latter supplied. Much may be done by the improvement of existing facilities. In the case of vehicular traffic, sonic good would undoubtedly be done by (I) an extension, or more vigorous enforcement, of the powers of police regulation, prohibiting standing vehicles and crawling cabs in busy streets during certain hours of the day, and compelling slow vehicles to travel close to the footway and to follow particular routes; (a) the construction of pipe subways, so that it should not be necessary to break up the surface of the streets for repairs to mains and cables and the like, and the better ordering of such work where the importance of a road does not justify expenditure on a subway. Much could also be effected by local widenings, new connecting streets, bridges carrying one stream of traffic over the other at important cross roads, as has been proposed at Wellington Street, Strand, and similar measures. As regards passenger traffic, the electrification of suburban railways and tramways, the construction of various authorised tube lines, and the completion of the extensive widenings, which several of the larger railway companies have been engaged upon for years, will very largely increase the capacity of the existing means of transport. Further improvement will result from the many miles of new tramway built or about to be built ; from certain proposed tubes, as, for in

stance, the North-East London Railway, which is again before Parliament ; and from the substitution of motor for horse omnibuses, which is gradually taking place. If these improvements were all carried out, and particularly, if quickly done, the benefit to London would, no doubt, be marked, but there is a general consensus of opinion that more extended measures are necessary. This is especially the case with regard to vehicular traffic ; and in view of the continued growth of population and the increase in the travelling habit, which the expansion of London and improved and cheaper means of travel must bring about, it is certain that the provision of further means of passenger transport is no 15115 important.

The we:ght of evidence given before the Royal Commission is in favour of the construction of new main thoroughfares, somewhat on the lines of Kingsway, the new street, now nearly completed, between Holborn and the Strand, but extending from congested neighbourhoods into the suburbs. Representatives of the London County Council illustrated their views by suggesting new roads from Muswell Hill via Kingsway to near the Crystal Palace ; from the Tower Bridge northwards to Hackney Marsh and southwards through Greenwich; from Westminster to Barnes and from Portland Place to Paddington ; as examples of what they considered necessary. They favoured a road width of not less than zooft., hut preferably of 'Soft., and roughly estimated the cost of the wider road at ‘2,000,000 per mile. But they anticipated that, if considerably more land were acquired than was necessary for the actual construction of the roadway, it would be possible to recoup a large part of the cost of the whole by the sale of the surplus. There is little doubt that by the construction of new arterial thoroughfares the present congestion of vehicular traffic could be effectively relieved, and the future needs of London provided for. But before adopting this remedy it is advisable to enquire not only what the cost would be, but whether it might not give rise to new difficulties.

It is obvious that, in order to be useful, new main thoroughfares must tap existing centres of traffic and also follow reasonably direct routes. In other words, they must traverse central London, and however carefully they might be laid out

they would necessitate the acquisition of very valuable property. The cost of such thoroughfares would therefore be enormous, but not necessarily prohibitive, if it could be shown that by the purchase and re-sale of surplus land large recoupment is possible, and that the new routes could be turned to profitable account by the construction of railways and tramways along them. Thus the question of cost may best be discussed with reference to concrete proposals and is left, for the moment, with the remark that a new thoroughfare, passing right through London, might be made to yield a large profit from the re-sale of land in poor districts, and in particular in insanitary areas, which would assist in defraying the cost of other sections and, further, such a thoroughfare would, almost of necessity, be a valuable railway and tramway route. The dislocation of business and the destruction of working class dwellings, which must attend the construction of extensive new roads, are matters requiring serious consideration. Workmen disturbed can be re-housed, probably better and profitably by extending the new roads right out into distant suburbs, as yet sparsely built over, but the workmen must be provided with -quick and cheap means of reaching the central area. Thus it is not only upon financial grounds that the construction of railways and tramways along the new thoroughfares is necessary.

To the land required for the actual construction of a roadway must be added that which must be bought to re-sell at the enhanced value which the improvement will give to it. Assuming the width of a new road to be ifioft, and taking the same depth of surplus land on either side, the total to be acquired would be 4Soft. The purchase of such a strip of land in London, and the destruction of the buildings upon it, would unquestionably result in considerable dislocation of bust. ness, though this need not be so great as would at first appear. The mere constructional works would, if only from their magnitude, take time to carry out and the existing buildings on the surplus land could be pulled down gradually, as arrangements were made for the erection of new structures in their place. These would be commensurate in size with the importance of the new thoroughfares, and might be reasonably expected to have a larger capacity than the whole of the old buildings, even including those which had stood upon sites occupied by the new road.

Where the purchase of surplus land would not be profitable or the financial result doubtful, it would naturally be avoided or restricted within narrow limits. This would occur in districts where important businesses are now carried on and interference with such quarters would, therefore, be minimised, In the city and at other points, where the property is of great value, it would clearly be the right policy to take as little as possible and even to reduce the width of the new road, if it could be done without prejudicially affecting its usefulness. This question of business dislocation is most important, but to discuss it in all its bearings is impossible. If all were said, it would probably amount to striking a balance between the value of a great permanent improvement in the traffic facilities of the whole of London and the temporary inconvenience of sections of the business population, and whether the credit or debit side of the account would be the larger must depend upon the details of any proposal.

Another very difficult point to be considered is whether new thoroughfares, if made, would attract traffic from established courses and, a similar point, whether it would he possible to sell a large area of surplus land for its full value within a reasonable time. It is difficult to give a general answer to these questions, but, if new roads are located so as to tap existing centres of traffic, it is hard to believe that, in spite of the conservatism of the British character, they would not be used in preference to overcrowded streets, and, if so used, the sale of the surplus land would be materially assisted. It appears, moreover, probable that the large extent of operations might even be beneficial, because no large proportion of the manufacturers, or others disturbed, would readily find equally convenient accommodation in other parts of London,