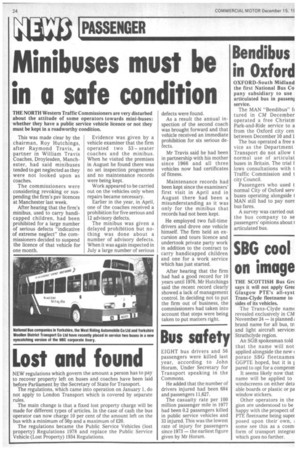 EIGHT bus drivers and 56 passengers were killed last year, according to John Horam, Under Secretary for Transport speaking in the Commons.

He added that the number of drivers injured had been 684 and passengers 11,627.

The casualty rate per 100 million passenger mile in 1977 had been 0.2 passengers killed in public service vehicles and 33 injured. This was the lowest rate of injury for passengers since 1973 — the earliest figure given by Mr Horam.