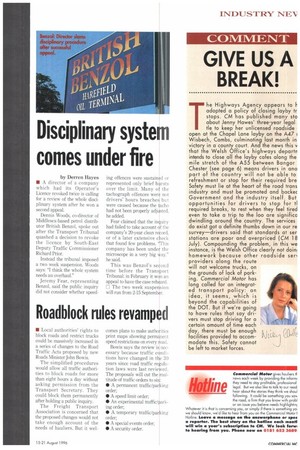 • Local authorities' rights to block roads and restrict trucks could be massively increased in a series of changes to the Road Traffic Acts proposed by new Roads Minister John Bowis.

The simplified procedures would allow all traffic authorities to block roads for more than eight hours a day without asking permission from the Transport Secretary. They could block them permanently after holding a public inquiry.

The Freight Transport Association is concerned that the proposed changes would not take enough account of the needs of hauliers. But it wel

Bowis says the review is necessary because traffic conditions have changed in the 30 years since road traffic regulation laws were last reviewed. The proposals will cut the multitude of traffic orders to six: