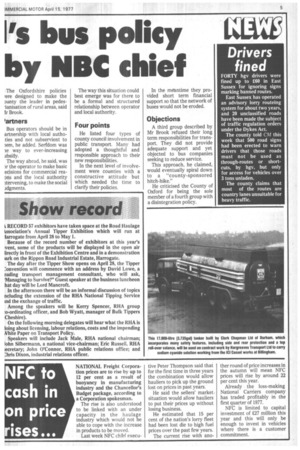 Page 7, 15th April 1977 — Drivers fined
Close
Noticed an error?
If you've noticed an error in this article please click here to report it so we can fix it.

FORTY hgv drivers were fined up to £60 in East Sussex for ignoring signs marking banned routes.

East Sussex has operated an advisory lorry routeing system for about two years, and 20 unclassified roads have been made the subject of traffic regulation orders under the Dykes Act.

The county told CM this week that 500 road signs had been erected to warn drivers that those roads must not be used as through-routes or shortcuts, by hgv, but only for access for vehicles over 3 tons unladen.

The county claims that most of the routes are country lanes unsuitable for heavy traffic.