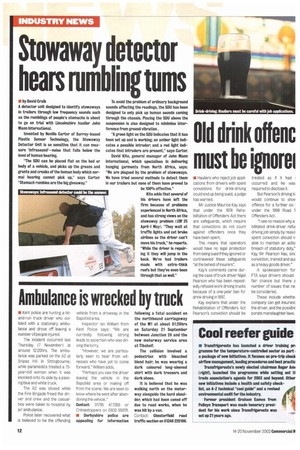 Page 12, 14th November 2002 — Cool reefer guide
Close
Noticed an error?
If you've noticed an error in this article please click here to report it so we can fix it.
Keywords : Food Preservation, Refrigerator Car, Dent

• Transfrigoroute has launched a driver training pm gramme for the temperature-controlled sector as part a package of new initiatives. It focuses on pee-trip check airflow management, loading procedures and best practic Transfrigoroute's newly elected chairman Roger Aim (right), launched the programme while setting out ti trade association's agenda for 2003 and beyond. Other new initiatives include a health and safety check list, an A-Z technical "cool guide" and a revised environmental audit for the industry.

Former president Graham Eames from Pulleyn Transport was made honorary presi dent for his work since Trarisfrigoroute was set up 21 years ago.