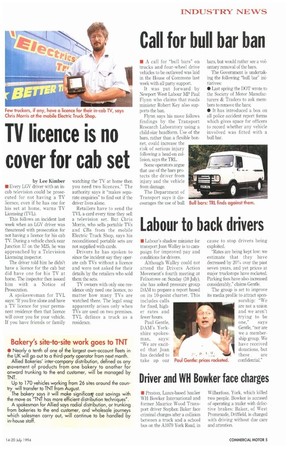 • A call for "bull bars" on trucks and four-wheel drive vehicles to be outlawed was laid in the House of Commons last week with all party support.

Flynn says his move follows findings by the Transport Research Laboratory using a child-size headform. Use of the bars, rather than a flexible bonnet, could increase the risk of serious injury following a head-on collision, says the TRL.

Some operators argue that use of the bars protects the driver from injury and the vehicle from damage.

The Department of Transport says it discourages the use of bull bars, but would rather see a voluntary removal of the bars, The Government is undertaking the following "bull bar" initiatives: • Last spring the DOT wrote to the Society of Motor Manufacturers & Traders to ask members to remove the bars; • It has introduced a box on all police accident report forms which gives space for officers to record whether any vehicle involved was fitted with a bull bar.