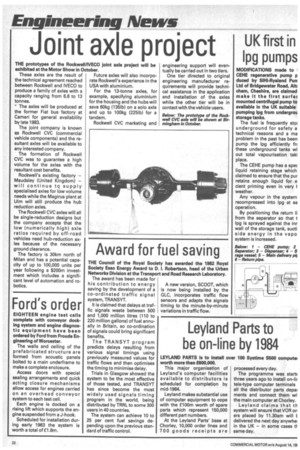 Page 14, 14th August 1982 — Ford's order
Close
Noticed an error?
If you've noticed an error in this article please click here to report it so we can fix it.

EIGHTEEN engine test calls complete with conveyor docking system and engine diagnostic equipment have been ordered by Ford from Froude Engineering of Worcester.

The walls and ceiling of the prefabricated structure are formed from acoustic panels bolted to a main underframe to make a complete enclosure.

Each engine is docked on a rising lift which supports the engine suspended from a J-hook.

Scheduled for installation during early 1983 the system is worth a total of £1.8m.