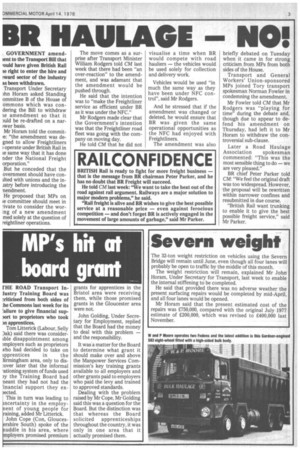 The 32-ton weight restriction on vehicles using the Severn Bridge will remain until June, even though all four lanes will probably be open to traffic by the middle of this month.

The weight restriction will remain, explained Mr John Horam, Under Secretary for Transport, last week to enable the internal stiffening to be completed.

He said that provided there was no adverse weather the present surfacing repairs would be completed by mid-April, and all four lanes would be opened.