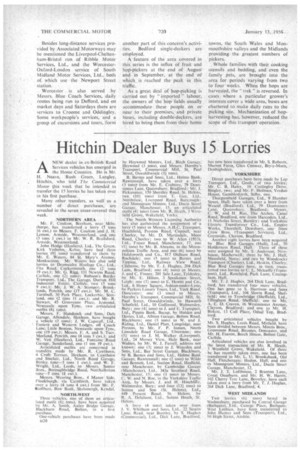 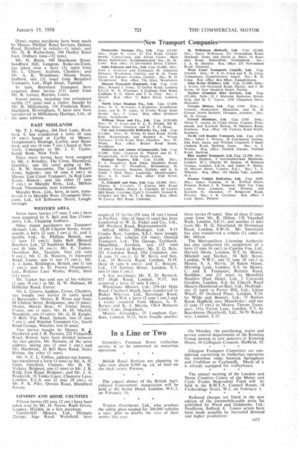 ANEW dealer in ex-British Road Services vehicles has emerged in the Home Counties. He is Mr. FL Neave, Rush Green, Langley, Hitchin, who told The Commercial Motor this week that he intended to transfer the 15 lorries he has taken over in his first purchase.

Many other transfers, as well as a number of direct purchases, are revealed in the seven areas covered this week.

Three vehicles, one of them an articulated outfit (81 tons), have been acquired by Mr. A. Smith, Astley Bridge Garage. Blackburn Road, Bolton. in a first purchase.

One-vehicle purchases have been made 1320

Articulated vehicles are also involved in the latest transaction of Mr. R. Heath, 3 Westfield Grove, Wakefield. Of three he has recently taken over, one has been transferred to Mr. L. U. Brooksbank, Old Hall. Fletchergate, Hedon, Hull, and one to Monogram Motors. Ltd., Ducie Street Garage. Manchester, 12.

Three more lorries have been assigned

Fifteen lorries (42 tons 12 cwt.) have been taken over by Mr. H. Neave, Rush Green, Langley, Hitchin, in a first purchase.