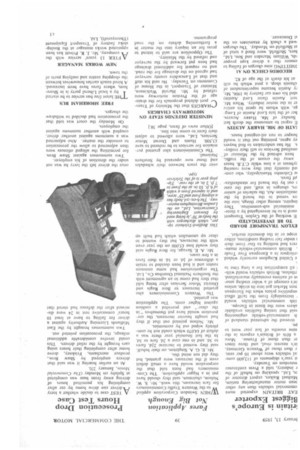 CHARGES that the Ministry of Transport deleted proposals for the drainage of the Preston motorway were refuted by Mr. Harold Watkinson, Minister of Transport, in the House of Commons on Tuesday. He said his staff and that of Lancashire county surveyor had agreed on the drainage for the road. and no request for additional drainage had been put forward by the surveyor and refused by the Ministry.

The Opposition are said to intend to press for an inquiry into the matter in a forthcoming debate on the road programme.