COMMISSIONERS MAY USE THEIR OWN KNOWLEDGE 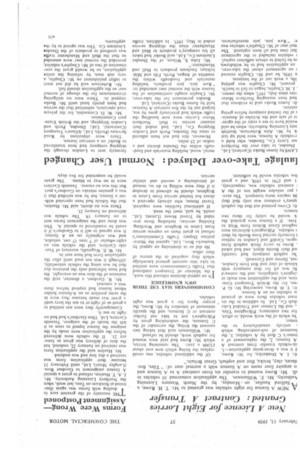 Page 39, 13th February 1959 — COMMISSIONERS MAY USE THEIR OWN KNOWLEDGE
Close
Noticed an error?
If you've noticed an error in this article please click here to report it so we can fix it.

I N an appeal decision released this week, the Minister of Transport confirmed that Traffic Commissioners were entitled to take into account general knowledge which they acquired in the course of their office.

He did so in dismissing an appeal by Seamarks Bros., Ltd., against the Metropolitan Deputy Traffic Commissioner's refusal to grant them an express service from Luton to Brighton and Worthing. Existing services, including those provided by Travel House (Luton), Ltd.. could, he said, meet the need.

If additional facilities were required, Travel House, who already operated a direct but limited service from Luton to Brighton, should be allowed to develop it if they were willing to do so, instead of introducing a second and similar service.