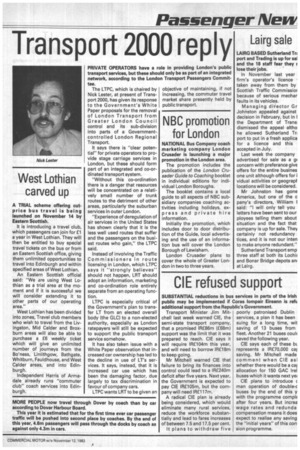 Page 21, 12th November 1983 — NBC promotion for London
Close
Noticed an error?
If you've noticed an error in this article please click here to report it so we can fix it.

The promotion includes the publication of the London Cmsader Guide to Coaching booklet in individual editions for individual London Boroughs.

The booklet contains a local guide to all aspects of NBC subsidiary companies coaching activities including holidays, express and private hire information.

Initially the promotion, which includes door to door distribution of the Guide, local advertising and the use of an information bus will cover the London Borough of Lewisham.

London Crusader plans to cover the whole of Greater London in two to three years.