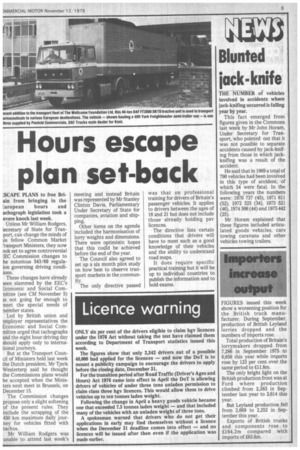 THE NUMBER of vehicles involved in accidents where jack-knifing occurred is falling year by year.

This fact emerged from figures given in the Commons last week by Mr John Horam, Under Secretary for Transport, who pointed out that it was not possible to separate accidents caused by jack-knifing from those in which jackknifing was a result of the accident.